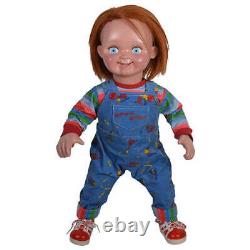 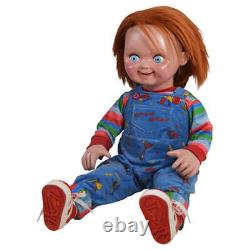 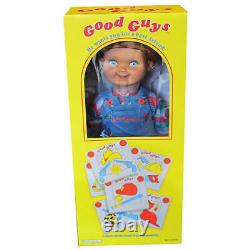 Every detail of this doll is made from actual screen used molds, including the clothing which was replicated using actual screen used swatches. The body of the doll is made from POM (Polyoxymethylene) Thermoplastic Connectors surrounded by a soft flexible foam to allow you to pose the Doll anyway you'd like. In addition to maximum flexibility, the POM Frame provides maximum durability as this is the same material used for human hip replacements!

Your order comes with the Doll and the actual Good Guys Box made from the screen used box art. Manufactured by Trick Or Treat Studios.